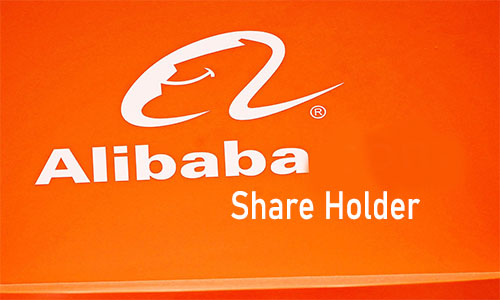 Alibaba host the largest Business to Business (B2B)- alibaba.com, consumer to consumer- Taobao, Business to the consumer at Tamil marketplace across the globe. The company has expanded into the media industry, with its revenue increasing by three percent yearly.

The company was founded by Jack Ma, in June 1999, headquartered in Zhejiang and George Town, Cayman Islands.

Alibaba co-founder Jack Ma was the largest shareholder of the company for many years but in 2019, Jack relished his ownership stake in the company. He realized in the early 90s that China lacked adequate tech in the business world.

He founded a china internet company that creates websites for Businesses and also worked in an internet firm backed up by the Chinese government. Then he decided to create his own and co-founded Alibaba.

As of 2005, the company’s progress attracted Yahoo which took the major share in the company.  Find out about all Alibaba shareholders in the section below.

Here are the five largest individual and institutional shareholders as of Jan 2021.

SoftBank’s share in the company is equivalent to 25%. It is currently the largest shareholder in Alibaba. However, SoftBank invested about $20 million in the company in 2000.  So, its Alibaba stake is worth nearly $143 billion.

But in 2019 SoftBank sold part of the share. In July 2020, sold an additional $2.2 billion of its share in Alibaba. Moreover, the deal is not expecting to be settled until 2024.

Joseph Tsai is Alibaba’s co-founder and vice-chairman. He is the second-largest shareholder in the company, with 11.9% stock.

Tsai met Jack Ma while working for the Hongkong branch of the company, he quit his job to work together with Jack Ma to create the online import-export marketplace. Joseph’s net worth is $12.1 billion, according to Forbes.

Jack Ma is Alibaba’s co-founder and former chairman of the company. He retired as the company’s executive chairman in 2020. However, the news has it that his decision to step down from his position is for him to focus on his philanthropic endeavors. Jack Ma also reduced his stake in the company from 6.2% to 4.8%.

BlackRock Fund Advisors is the fifth largest stakeholder in Alibaba company. The company is situated in New York City with about 70 offices in more than 30 countries. BlackRock Fund was established as risk management and fixed income institutional asset manager in 1988. However, the firm owns a 2.07% stake in Alibaba’s company.

CHECK THESE OUT: List of Marketplace Websites – Buy and Sell Easily with These Online Marketplaces