American Utopia is an American concert film. It was directed and produced by Spike Lee, from a screenplay by David Byrne. The movie is a live recording of a Broadway performance of a modified version of the album American Utopia, plus other songs and contributions from Byrne’s career. 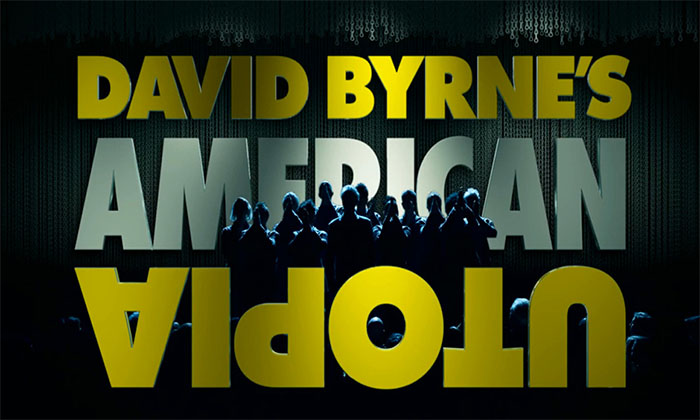 David Byrne performed with 11 other musicians, they all performed with wireless or portable equipment. Its world premiere took place at the 20202 Toronto International Film Festival on September 10, 2020.

Spike Lee and musician Byrne have created a crowd-pleaser with this spry concert film of Byrne’s 2018 tour-turned Broadway performance. About half of the setlist comprises hits made famous by Talking Heads, besides who wouldn’t find their spirits buoyed by footage of Byrne and co careening through the crowd during a sweaty and exuberant performance to nowhere?

David Byrne and his band, who wear their instruments strapped to their bodies, dance barefoot in starched, steel-grey suits across a stage designed to look like a chainmail cube. Lee shoots Byrne from above so the viewer can appreciate the clarity of the staging better, from the wings to give a sense of the choreography and among the performers to capture their energy.

The American Utopia show interspersed with Byrne’s earnest reflections on low voter turnout and black lives matter. The show was a moving and reverent scene, with Spike Lee inserting pictures of black Americans who have died at the hands of the police.

Songs played in the American Utopia film are as follows.

This is a list of songs played in the show.

American Utopia Where to Watch

There are several online platforms where you can watch the American Utopia show which includes the Amazon Prime HBO channel and watch HBO on Hulu.

Amazon Prime members can access all live and on-demand HBO content on the Prime HBO channel. All you need is to visit your account, sign in and watch the David Byrne American Utopia live or on-demand.

Watch Utopia on HBO via Hulu

HBO is available as an add-on to Hulu or Hulu with Live TV. So, if you’re are a fresh subscriber, you can begin a free 30-day trial of regular Hulu plus the HBO add-on.

Once you register for an account you can now watch Byrne American Utopia live or on-demand on the Hulu app. The show is also available on the following devices, Chromecast, amazon fire, Roku, PlayStation 4, Android, iPhone, Apple TV, etc.