Bitcoin Halving is when the block reward for mining a new Bitcoin is breaking in half. When this occurs miners will only receive less than 50% for each transaction that they verify. It is halving the reward for mining Bitcoin after every set of 210,000 blocks are mined.

When the rewards of miners are reduced as more blocks are mined. bitcoin halving will hinder BTC circulation not to increase drastically. Also, this will push the pressure on price upwards. Keep reading on to see information on Bitcoin Halving. 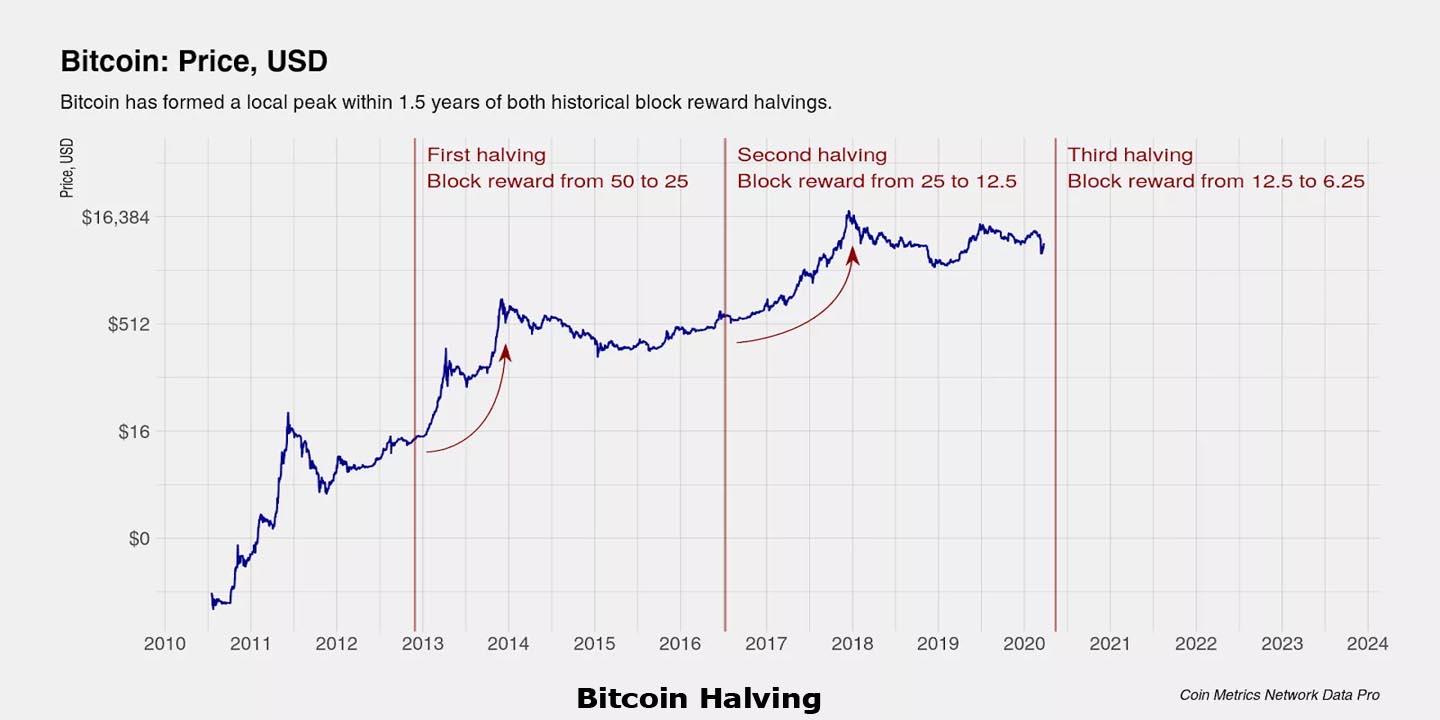 Bitcoin halving how does it work? For each turn of mining about 210,000 blocks, the miners’ reward will fall by half. At the first 210,000 blocks in the early days of Bitcoin mining, the reward was 50 BTC for each block. The first set of block 210,000 in circulation was in 2012 and the reward was in half at 25 BTC when more blocks went into circulation.

However, miners are the brain behind the competition of adding the next block to bitcoin’s blockchain network. They use powerful computers to solve complex mathematical problems to mine a64- character hash key that locks the block. They get rewarded using bitcoin.

As earlier mentioned above it is when the block reward for mining a new Bitcoin is breaking in half. Also, bitcoin halving makes the amount of Bitcoin that may be mined per block reduces, this will make BTC more scarce and more valuable. Although, the distribution of bitcoin is fixed for 21 million. When it gets to the 21 million, new bitcoins creation will be stopped.

However, the bitcoin incentive for mining would fall after each halving rationally. Also, bitcoin halving is linked with large surges in the price of bitcoin. This will encourage more mining despite their rewards are reduced.

When the price of bitcoin after halving is not increasing and block rewards ate halved, miners would lose their incentive to create more of bitcoin. This is so because Bitcoin mining demands high computation power and electricity which may be expensive for the process. If price increases incentivize bitcoin miners to continue mining.

Historically, after every halving the price of bitcoin will be affected. Although it is dependent on other factors too, but there is a positive correlation between Bitcoin halving and price increases.

As reported by Bloomberg bitcoin analysts, https://www.coindesk.com/bloomberg-bitcoin-400k-prediction “the price could climb as high as $400,000 this year, from the about $56,000 now. This is base on uber-bullish prediction based on bitcoin’s performance during the 2017 and 2013 bull runs. See more on price at https://www.coindesk.com/bloomberg-bitcoin-400k-prediction