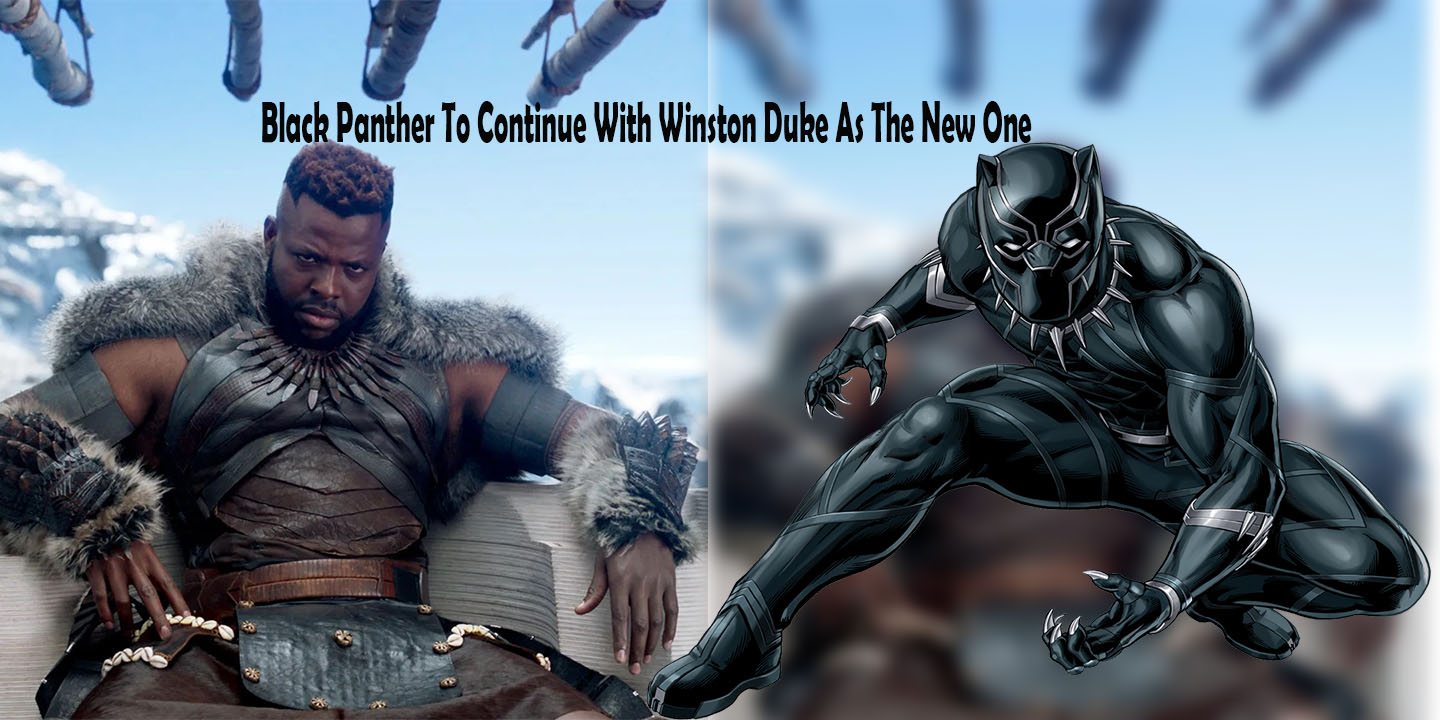 This sound interesting as the anticipation for Black Panther 2 has been very high. A lot of viewers are really anxious to see how the sequel of the movie will be. The title of the Black Panther was held by the T’Challa as played by Chadwick Boseman.

However, due to his demise, the movie sequel will definitely see to a new replacement hence the rumours of Winston Duke and Letitia Wright to some to take up the title of the Black Panther.

Black Panther To Continue With Winston Duke As The New One

It’s no longer a hiding gist that Chadwick Boseman sudden death has created a big hole in the continuance of the subsequent series of the Black Panther movies. The replacement is still yet not known by Fans of the movie.

For several months now there have been rumours that Letitia Wright, played the role of T’Challa’s sister, Shuri, in the first movie and upcoming sequel Black Panther. Wakanda Forever, it is presumed she will take the lead role and recent reports suggest differently https://www.looper.com/657843/why-black-panther-fans-should-be-worried-about-letitia-wright-muc-future/ .

And now comes another presumption that Winston Duke (M’Baku) will be taking over as Black Panther instead report from Giant Freakin’Robot(GFR) https://www.giantfreakinrobot.com/ent/enxclusive-winston-duke-black-panther.html this new development seems to be coming from a reliable source “trusted and proven inside sources,” however, lets still wait and see the end result as the sequel is slated to be released in 2022.

Marvel official comments so far on its franchise, has clarified the future of the movie Black Panther after the demise of the lead character Chadwick Boseman in August 2020. Marvel at a time had said that it would not recast the role of T’Challa as a tribute to honour the late actor.

In a tweet last year marvel said this “Honoring Chadwick Boseman’s legacy and Portrayal of T’Challa, Marvel studios will not recast the character, but will explore the world of Wakanda and the rich characters introduced in the first film.”

Black Panther 2, opening July 8, 2022, is being written and directed by Ryan Coogler, honouring Chadwick Boseman’s legacy and Portrayal of T’Challa, @MarvelStudios will not recast the character, but will explore the world of Wakanda and the rich characters introduced in the first film December 11, 2020, https://twitter.com/Disney/status/1337200405659480065

After the above tweet, most fans took the tweet to mean that Shuri would possibly take over the lead role as T’Challa in Black Panther: Wakanda Forever. It has being scheduled to be released in 2022 on November 11 as part of Marvel’s phase 4 movie roaster. The shooting of the movie had begun early this year and it is reported that Wright sustained injury and has returned home to London.

And from what we are seeing Marvel is considering future plans for the franchise. Maybe that’s why GFR thinks that Winston Duke will replace the Black Panther though not sure yet.

M’Baku a character played by Duke in the previous season was a rocky relationship with T’Challa. He is the leader of the Jabari Tribe, a group of Wakandans that had removed themselves from the main society and taken up a challenge with T’Challa for the crown in ritual combat.

M’Baku was defeated and was persuaded to surrender rather than die, which he clearly declined. Has a repayment to his debt, M’Baku and his tribe Jabari reinforce with T’Challa against Michael B. Jordan’ Killmonger during the movie’s final battle.

M’Baku since then had remained T’Challa domestic foe, but his appearance in Avengers: Infinity War and Endgame – has been fighting alongside the Wakandan army against Thanos’ forces. Hence the suggestion that Marvel will replace T’Challa with M’Baku is very dicey.

It’s very likely a possibility, but slightly, as we have been told by Marvel that Wakanda Forever will be focusing on the “rich characters introduced in the first film,” which one is M’Baku. He may be a good character for the replacement of the Black Panther but this we do not know for now.

But for sure we believe Marvel will carefully choose a character to replace the superpower personality for Boseman. Although it will be strange for fans, however, it is for the future of the movie.

This will possibly take time for us to know, as Marvel is set to bring to Theater Black Panther: Wakanda Forever in the next 12 months. The black Panther character and stuff about the movie will be closed till its release.