Dogecoin Review is a cryptocurrency that operates on blockchain technology similar to Ethereum and bitcoin. This means it’s a secure digital ledger that stores all transactions made using a decentralized digital currency. It was created by Jackson Palmer. 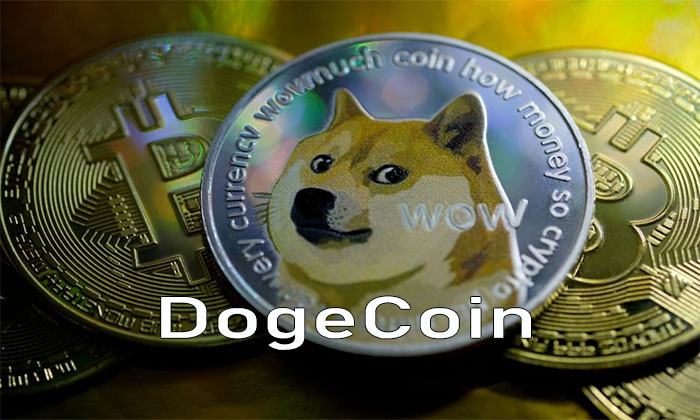 The cryptocurrency is no joke, it has expanded in value and obtained over 5,000% in 2021. Get the dogecoin wallet to store, buy, and exchange dogecoin with ease. Currently, crypto is having a good turn, after the tweet made by Elon Musk. For details, read to the end.

However, Miners make use of computers to solve complex mathematical equations in order to process transactions and record them on the crypto blockchain. They earn extra dogecoin, which they can decide to keep or sell on the open market, in exchange for processing transactions and supporting the blockchain.

Dogecoin wallet is a digitally hosted storage or purse, that helps to secure your assets, just like the physical purse. The wallet is where you store your cryptocurrency after purchases, also it’s from the wallet you trade and also make exchanges. To get the dogecoin wallet, visit the Google play store or apple store.

Dogecoin is a cryptocurrency without white paper, no fundamentals and without paid staff scored 14’000% in worth this year and it currently has a market cap of about $80 billion.

Dogecoin is obviously one of the fast-growing cryptocurrencies, and it’s expected to grow amazingly this year upward.

However, The price of Crypto increased because of the endorsement from high-profile personal Elon Musk. the “The joke” cryptocurrency, Elon musk’s tweets are one of the highest drivers of the dogecoin price increase.

Elon Musk is one of the highly influential personnel. Before, Musk’s comment on Saturday night, 9 May 2021, where he called it “hustle”, Dogecoin shed as much as 46% overnight after trading as high as $0.74. Due to this, the dogecoin is currently changing hands at $0.48, then falling to $0 .40 just within a few hours after Elon Musk made the comment.

Also, Elon Musk crashed the bitcoin price and proposed a radical dogecoin upgrade to beat BTC and become the currency on earth. Musk who was the self-appointed reckoning of Tesla and was once voted dogecoin’s CEO has indicated That Tesla might have sold more of its BTC holdings and proposed a radical dogecoin upgrade for it to become the currency of Earth.

He responded to a post made by a dogecoin fan on Twitter “Ideally, doge speeds up block time 10x, increases block size 10X, and drops fee 100X. Then it wins hands down.” He continued “low fees and high volume are needed to become the currency of earth”

Musk’s tweets this week have already boosted the dogecoin price, with a Twitter poll asking whether Tesla should accept dogecoin as payment.

Should I Buy DogeCoin

With the way things are going, talking about the way Elon Musk endorses dogecoin, I think it will grow massively. Buying dogecoin may not be a bad idea, since it’s still at a low price comparing it with bitcoin, Ethereum, etc. Also, for someone like Elon Musk to think about using it for payment at his company Tesla says it all. You can give it a trial.

If you want to invest in dogecoin, you can buy dogecoin from exchanges like Bianca, Kraken, Robinhood, Gemini, Crypto.com, etc.

These are guides on how to buy dogecoin.

Where will Dogecoin be in 5 years?

If you are asking where would dogecoin be in the next five years this means that you are looking to invest in the coin or you have already invested in it. But I have got you covered the prediction for 2025 is that Dogecoin (DOGE) could be worth $0.428254 Which is a step in the right direction for the coin considering how it has been lately.

Dogecoin is still a growing coin it is expected to keep growing however for the coin to increase by $1 it requires about 180 billion worth of investment. What this means is that for dogecoin to reach $100 worth a coin it is going to require at least 18 trillion dollars worth of investment which is not an easy thing to attain.

How much Dogecoin is left?

If you want to know the amount of dogecoin that is still very much available as of 2022 there are exactly 132 billion dollars. This is because it is the way the common was designed and that it was initially designed as a joke which came into existence.

Should I just sell my Dogecoin?

Dogecoin is expected to keep on growing however you should sell your coin when you think you are ready to do so. Some people usually sell their coins when it has doubled tripled or quadrupled the amount of the initial investment they put in. So if you have already made a sizable profit on the amount you put in it might be time to sell off your Dogecoin given its volatility.