Elon Musk Bitcoin is about the Bitcoin Investment made by Elon Musk when he bought bitcoin early this year 2021. Elon Musk is an entrepreneur and business guru. He is the Founder, CEO, and chief engineer at SpaceX, early-stage investor, CEO, and product architect of Tesla, Inc., founder of the Boring company, and co-founder of Neuralink and OpenAI. Musk is a centibillionaire, and one of the richest people in the World.

Elon Musk on February 2021, announced in an SEC filing that he has bought $1.5 billion worth Bitcoin. But let’s see more as you keep reading on Elon Musk Bitcoin. 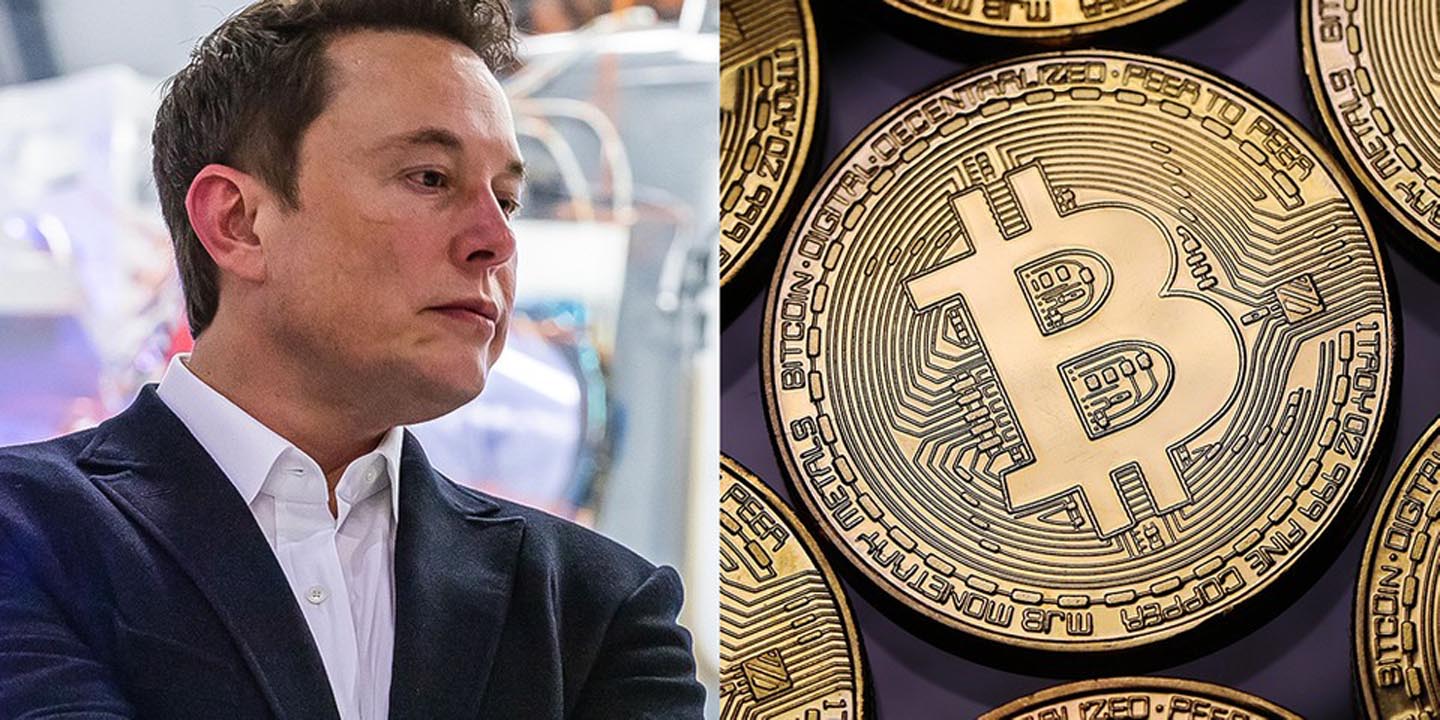 As said already above, Elon Musk’s bitcoin is the investment by Elon Musk on Bitcoin using this Telsa company.

This investment has suddenly raised the price of cryptocurrency higher. The CEO of Telsa and SpaceX Elon Musk has been noticed as one of the key investors and driver’s sentiments on Bitcoin and the price of the cryptocurrency to an extent. However, the real fact on how much bitcoin Elon Musk owns is not revealed yet.

According to former White House Communications Director and Global Hedge Fund SkyBridge Capital’s Founder Anthony Scaramucci, who is also a Bitcoin bull. He said that “Musk owns more than $5 billion in bitcoin via Telsa, SpaceX, and personally.”

In a tweet, Musk shared how much Bitcoin he owned which is far back in February 2018, send by a friend of 0.25 BTC. Musk had bought $1.5 billion in February 2021 that had renewed the argument around Musk’s priority to address climate change on one hand and bitcoin’s impact on the environment due to the immense energy required to mine it on the other hand.

Elon Musk’s investment in Bitcoin shows a significant percentage of its cash in the Bitcoin investment. However, the Telsa company as of the end of 2020 made over $19 billion in cash and cash equivalents at hand. And when Elon Musk the CEO of Telsa Company made a tweet on Twitter about investment in bitcoin automatically price of Cryptocurrencies raise. His tweet encourages people to dive in to buy digital currencies.

This makes the price of Bitcoin surged to the next level at a price of $44,200 the following week after this statement

This came as a shock to the public when Tesla CEO Elon Musk announces on Twitter suspending of vehicle purchases using  Bitcoin. According to him, it’s out of concern over the rapid increase in the use of fossil fuels for the mining of bitcoin.

Telsa Has Not Sell His Bitcoin

Recently again Elon Musk clarified his tweet that the electric vehicle company Telsa has not sold any bitcoins in a tweet. Immediately the price of bitcoin began to see partial recovery trading at $44,680.

Musk has been seen before now as a huge supporter of cryptocurrencies, assisting in the rally of the prices of digital coins including bitcoin, several times in the past year. Especially when he announced his investment of $1.5 billion worth of Bitcoin. Later the company registered a net gain of $101 million from sales of bitcoin during the quarter, this help to boost its net profit to a record high in the first quarter.

Now, Musk is also pushing into Dogecoin. His aerospace venture, SpaceX announced recently that it will accept Dogecoin as payment to launch “DOGE-1 mission to the Moon as reported by https://www.cnbc.com/2021/5/09/spacex-accept-dogecoin-payment-for-doge-1-mission-to-the-moon.html  His endorsement has now boost the price of the coin. Making it more accepted by traders. Also, other big trading platforms like Robinhood, Binance are already allowing users to trade with dogecoin