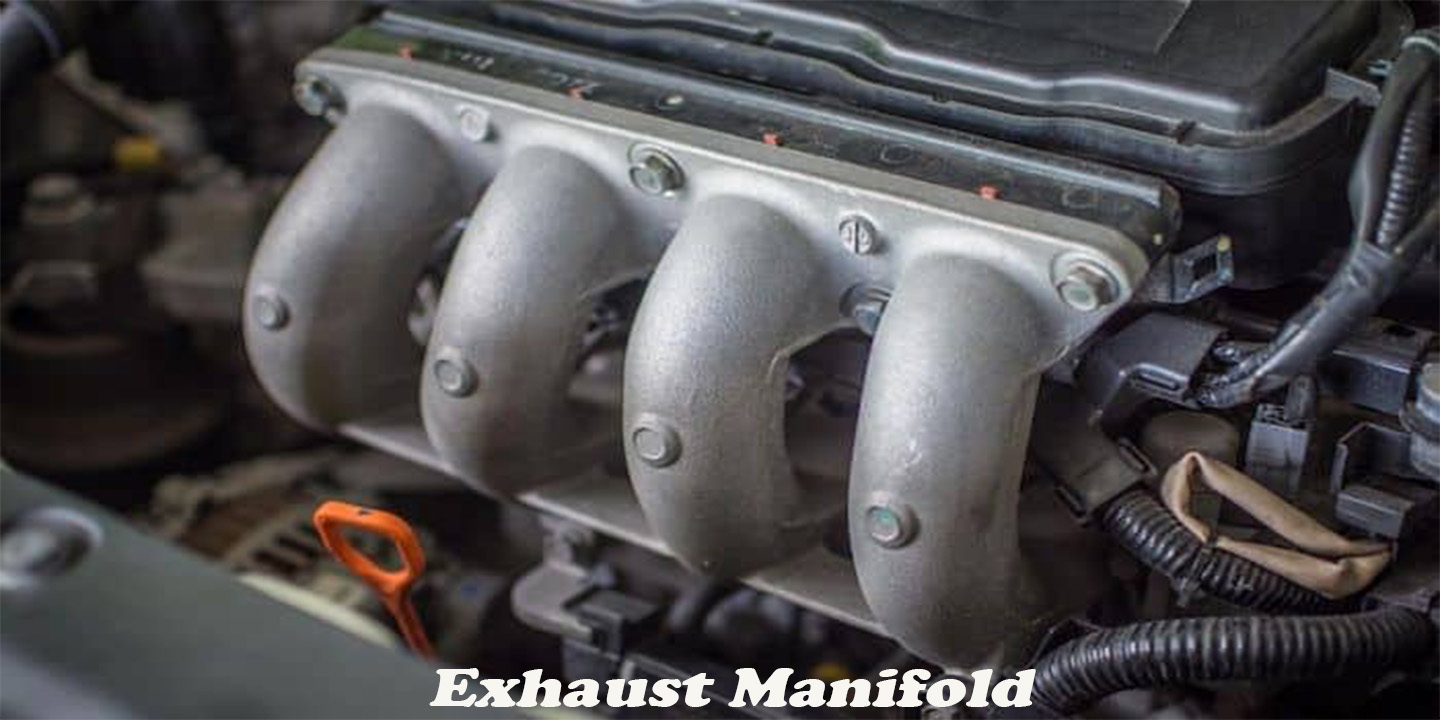 However, For lots of engines, there are aftermarket tubular exhaust manifolds known as headers. These consist of individual exhaust headpipes for each cylinder, which then mostly converge into one tube called a collector. Though, headers that do not have collectors are called zoomie headers.

Furthermore, the most common types of aftermarket headers are made of mild steel or stainless steel tubing for the primary tubes along with flat flanges and possibly a larger diameter collector made of a similar material as the primaries.

The exhaust manifold is tasked with collecting the exhaust fumes generated by an internal combustion engine. And thereby conveying them towards the catalytic converter or turbocharger. This refers to the assorted inlets and outlets present on the manifold, that guide the exhaust fumes emitted from the cylinder head towards the underbody.

What are the Functions of Exhaust Manifold

That the individual exhaust tracts are merged into one ensures that pulsations, i.e. the fluctuating pressure surges given off by a certain cylinder, do not prevent exhaust fumes from being released from another cylinder. Also, waves of negative pressure are designed to promote the flow of exhaust fumes out of the cylinders.

Features of the Exhaust Manifold

Other functions and features of the Exhaust Manifold  includes;

Because Exhaust Manifold is the first component to convey exhaust fumes away from the engine, they are subject to high thermal stress.

And the significant expansions caused by temperature combine with the associated cyclical tension which results from multiple heating and cooling to subject the material to fatigue. However, this can eventually cause the component to fail.

Cracks in components let hot exhaust fumes penetrate the engine compartment and cause additional, unwanted noise. The materials and designs employed today generally help the manifold to last for the entire service life of the vehicle.

Protection of the environment

In other to ensure low pollutant emissions, it is very important for the catalytic converter to reach its operating temperature quickly. However, the thermal capacity of the exhaust manifold plays an important role in making it happen.

In a nutshell, the less mass a manifold has, the more heat is available to the catalytic converter in the start phase.

There are basically two main types of exhaust manifolds. These manifolds are different from each other due to their piping configurations.

Also, the piping length on these manifolds is tuned specifically per each engine combination, in other to maximize the exhaust and energy pulses. Furthermore, by keeping each cylinder’s pulses separate from one another longer, each cylinder will be assured a low-pressure energy wave back at its respective exhaust valve.

The four-into-two-into-one design, or the tri-Y

This design uses shorter primaries, which then pair up and merge into a set of two secondary pipes. From there, the Secondary then merges into a collector. The purpose is to route two opposite cylinders in respect to firing order together and to allow them to meet with the other cylinder’s pipes at a collector point.

Tri-Y manifolds also strive for the same low-pressure effect as the four-into-one manifolds do but in a different way. However, Tri-Y manifolds are best featured for their mid-range responsiveness and modest horsepower gains in comparison to their four-into-one counterparts. This is because the scavenging process is spread out over a larger time period thus slightly reducing its potential peak