It is true that Facebook merges messenger with Instagram DMs. Due to this integration with Facebook messenger, Instagram has just gotten a huge facelift. According to a new announcement on Instagram, they are still working in the process of rolling out an update to the DMs of Instagram thereby introducing a new messenger experience.

This integration also gives Instagram DM more features which include custom emoji reactions, the vanish mode, and many more.

In this article, we would cover everything we think you should know about this whole new integration.

During the recent test of this feature, Facebook has now decided to bring this feature to everyone who uses Instagram messenger in the next few months.

The main feature of this brings is a new messaging tool that allows cross-platform messaging. Immediately users get access to this feature, they would be able you communicate with people who don’t have an Instagram account (but has Facebook) from the Instagram app.

This feature is also vice versa. This means you can message Instagram users from the Facebook platform without having to switch apps too.

You also have the option to choose where to receive your messages and calls. It can be in your chat inbox, in your message requests, or never.

What to Expect From the Feature

Immediately you get the new feature, you would notice that the old DM icon at the top right corner of the messenger would be replaced with the messenger icon.

You would also get a lot of new features. One of my favorite features is the Vanish mode. With this mode, you can set messages to disappear whenever they’re seen.

Other features include the watch together feature that allows you to watch Facebook watch, reels, movies, TV shows, IGTV videos, and more with friends and family during video calls.

This new integration clearly has a lot of new tools and features to offer. The question you should be asking here is “Is it worth the change?”.

What Does This Update Mean for You?

One of the issues that may arrive from this update is the people’s accounts may be too connected hence, breaking some privacy that each of the individual platforms has.

Merging these two platforms would simply allow users to find out more information about a person from either Facebook or Instagram.

I really do hope that options would be provided to keep privacy on both networks. 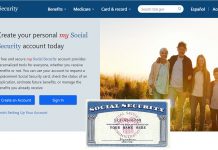 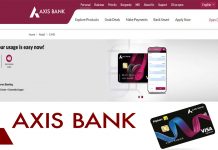