Best 20 Good movies to watch on Vudu this 2022. Coming close to the end of the year and as Christmas approaches a lot of people are already searching for interesting movies to keep them busy during free time, the festive season, and holidays. 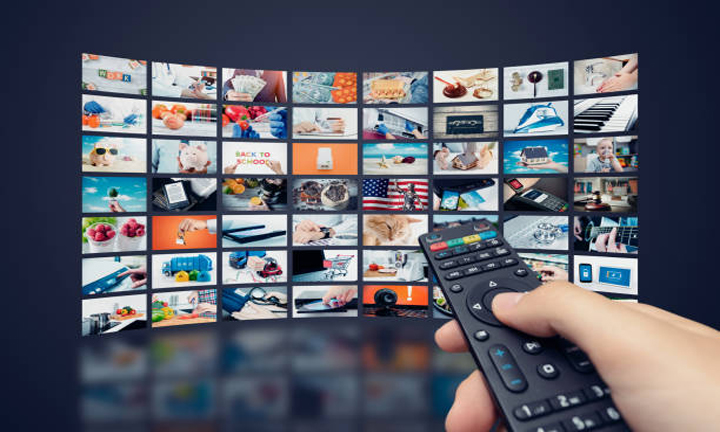 Vudu is one of the best platforms to visit to access interesting movies. Further, Vudu delivers both free and paid content without charging a monthly fee.

Vudu gives movie fans a way to buy or rent both the latest movies as well as lots of recent and classic films on their smartphone, tablet, or big-screen TV. Apart from that, there also free Vudu movies you can enjoy.

Below are list of best films to watch on Vudu;

The movie begins with Professor John Oldman packing his things to leave and start a new life. He invites his friends to say goodbye and decides to reveal the reason for his departure.

The begining point of the narration is a simple question asked by Oldman to his friends: what would a man from the upper paleolithic look like if he had survived until the present day? As scientists, the protagonists play his game and investigate the question, not knowing whether the story is a bad joke or a genuine narration.

Sunshine Cleaning is a great addition to that unidentified genre of grown-up comedies populated by many great entries like Your Sister’s Sister and Enough Said. However, it is less of a comedy than it is a heart-warming emotional tale.

Powered by outstanding performances from Amy Adams and Emily Blunt, it ultimately evolves into a character study of failed potential and validation seeking.

This film portrays a young woman and her brother as they visit their mother’s grave at a secluded cemetery. However, a weird stranger starts to assault them. So, the woman was able to get away and eventually entered an empty house.

It quickly becomes apparent that there are many more mad people on the loose than just one- the dead are coming back to life.

In this film Christopher Lambert Portrays a Scottish warrior who has been alive for several hundred years. Moreover, he has survived until the present day by engaging in head-to-head sword fights with other immortals.

Lambert ultimately has to square off against the other remaining immortal, which is very evil character played by Clancy Brown, to get a mysterious prize.

Before you watch this movie, you should have it in mind that the thriller is wound so tight that you may need an extra dose of oxygen to get through it without fainting. The movie talks about a police officer that is temporarily sent to do an emergency dispatch. When he gets a call that turns an ordinary work shift into a hell ride

The Gook movie is named after a group of people of Asian descent. The movie put Justin Chun on the map as a director. Also, he starred as the main lead in this raw drama.

However the movie talks about Eli, a scrawny Korean American who runs his family shoe store with his brother, Daniel, in several vignettes. These brothers strike up a friendship with a black kid, Kamilla whose family is not happy with her hanging out with the two brothers.

This movie is another exciting drama from Juliane Moore. In the movie, she plays a hot-headed rock singer who battles her divorced husband, a Narcissistic art dealer, played by Steve Coogan, for the custody of their daughter Maise.

And one of them marries the girl’s nanny and the other one rushes into marriage as well Based on Henry James’ titular novel from 1897.

A slice-of-life true-story-based film on growing old and in love. Craig Morrison, When on his land (played by James Cromwell) starts building a more convenient house for his ailing wife Irene (Geneviève Bujold), he is faced with crippling bureaucracy.

The current state gives him the choice between stopping the construction or going to jail, while he is witnessing his wife’s health deteriorating even further. However, the act of going against the system brings out both how beautiful his relationship with his wife is, as well as his own resilience in this moving, insightful drama.

This movie from 2003 is about a group of Latino teenagers who grow up in New York’s Lower East Side. Victor lives with his eccentric grandmother, which sometimes gets in the way of him pursuing Judy, his dream girl. Further, the actor who plays Victor is called Victor Rasuk, the one who plays Judy is called Judy Marte.

What Terrifier, the free Vudu film, that features people being hounded by this scary and strange threat- it is a great opportunity to form your own opinions. However, you can now see the original since a sequel was released in 2022 and it debuted in the top 10 at the box office with little to no advertising or fanfare.

The movie is about people in a world where death has been conquered gaze in wonder as the 118-year-old Nemo Nobody, the last human on Earth, approaches death. He was asked about his life and recounts it at three different times:

A Guide to Recognizing Your Saints (2006)

This multi-award-winning drama features Robert Downey Jr., Rosario Dawson, Channing Tatum, and Shia LaBeouf. In this film, Shia LaBeouf plays the young Dito, who recalls his violent childhood on the rough streets of Queens in the 1980s as he returns to Los Angeles after 15 years to see his sick father (Downey Jr. plays present-day Dito).

This film is a spy thriller, not a Mission Impossible movie. The movie is focused on the UK MI5 intelligence agency, is essentially an extension of the cult favorite British TV show Spooks.

Kit Harrington, who is an actor best known for his roles in Eternals and Game of Thrones, plays a terrorist that MI5 must apprehend before he launches an attack on London.

Scott Adkins portrays an assassin whose claim to fame is that he always makes his killings appear to be unintentional. So, when his girlfriend is killed, things get more personal. The “accident man” is now head-up to find her killers, and he has no intention of making them appear to be accidents this time.

This movie is full of suspense, and it explores some dark places. It’s about Ann Dowd from The Handmaid’s Tale as the manager of a fast-food business. She gets a call from someone posing as a police officer.

However, he claims that one of her staff members stole money from a client. Dowd’s character complies with the instructions given by the caller on how to handle this suspected thief.

The film is about The nuclear-powered USS Nimitz aircraft carrier patrolled the Pacific Ocean in 1980. Then all of the people on board the ship are suddenly engulfed in a bizarre “storm.”

However, the crew realizes they have been transported back in time to just before the 1941 Japanese attacks on Pearl Harbor when the storm fades away

The question now is, Does the ship try to stop the attack from happening or does it strive to stay out of the way of time?

Taylor Sheridan, the director of Sicario and Hell or High Water, has setup a masterpiece, Wind River that is both phenomenal and tragic. However, a local girl is discovered dead on a Native American reservation, and a young investigator (Elizabeth Olsen) works to solve the case.

The film is based on a play that Johan Heldenbergh co-wrote. Heldenbergh also plays Didier, the male lead. Didier, a fervent bluegrass fan and band leader, falls deeply in love with Elise, who is a tattoo artist. They started a life together and sing together. But things changes when their young daughter develops a serious illness.

The concept of the film, which is based on actual events, is that an ex-convict, played by the blue-eyed Bartosz Bielenia. He decided that he wants to become a priest after having a life-changing experience in prison. When informed that his criminal history forbids it, he follows the same course that got him into a problem in the first place.

Zero Days is an interesting documentary about the Stuxnet computer virus. It is known with first-hand stories from cyber professionals from all around the world.

When it was deployed by the US and Israeli secret services to disrupt centrifuges within Iran’s Natanz nuclear plant, it caused them to spin out of control. It not only feeds cruelly off the host, but it also doubles itself as soon as it is implanted.

What new movies are playing on Vudu?

What good movies does Vudu have?

Does Vudu still have free movies 2022?

Yes. Vudu doesn’t offer any paid subscription plans, although it does allow users to rent or buy additional TV shows and movies. It has more than 10,000 free movies and TV episodes, but since the platform is ad-supported, you’ll have to sit through commercials in order to watch.

Which is better Hulu or Vudu?