20 Good Movies To Watch On Netflix in 2022? Discover the best film to watch on Netflix, the most trending movies on Netflix, and more. Netflix most popular platform to stream different kinds of movies online. However, this popular streaming service has a huge collection of new and classic films, with new movies coming to Netflix all the time. 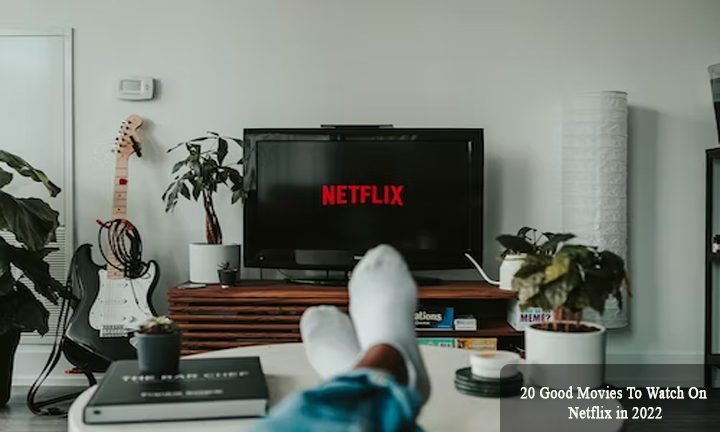 Looking for interesting Netflix movies? In the sections below you will get details of best films on netflix. Of you are watching from abroad, Use a Netflix VPN to access your country’s catalog from anywhere in the world.

The movie, Enola Holmes 2 brings back Millie Bobby Brown as Sherlock Holmes’ brilliant, adventurous sister, who now finds herself on the trail of a missing girl whose disappearance is more than it seems.

It also brings back Superman himself, Henry Cavill, as Sherlock, and accomplishes the rare feat of living up to the high standard set by its predecessor. However, the film is full of Fun, funny, and full of clever twists.

Phil Lord and Christopher Miller, the duo that provided the Lego Movie and Spider-Man: Into the Spider-Verse, return for this animated feature about a dysfunctional family that ends up becoming humanity’s last and best hope against a robot uprising.

Loving was Written and directed by Jeff Nichols, and inspired by the 2012 HBO documentary The Loving Story, the film is about the experiences of Richard (Joel Edgerton) and Mildred Loving (Ruth Negga), an interracial couple who wanted nothing more than to be wed.

Though after traveling from Virginia to Washington, D.C., to get married, the couple is tracked down by their hometown authorities and charged with violating Virginia’s segregation laws.

Wendell & Wild is a story of two demons who attempt to trick a teenage girl into bringing them into the mortal world. Peele and frequent collaborator Keegan-Michael Key voice the two, titular demons, while This Is Us actress Lyric Ross voices the young girl, Kat Elliot.

The movie is Selick’s first feature since 2009’s Coraline, and critics tend to agree that the film is worth the wait.

Da 5 Bloods 2020 war film marked a celebrated return to form for director, producer, and co-writer Spike Lee, and earned a long list of honors and awards for both Lee and the magnificent performances of the film’s talented cast.

However, the story is about a group of Vietnam War veterans who return to the jungle hoping to find the remains of their dead squad leader and a hidden treasure they left behind during the war.

Tick, tick…BOOM! Andrew Garfield stars as Rent playwright Jonathon Larson in this semi-autobiographical film directed by Lin-Manuel Miranda. However, the musical drama chronicles Larson’s struggles to bring the rock musical he’s been working on for years to the stage while navigating love, friendships, and both personal and professional pressure in New York City.

Passing film follows a pair of former childhood friends — portrayed by Tessa Thompson and Ruth Negga — whose unexpected reunion brings tension into both of their lives as they navigate the segregated environment of 1920s New York City.

The Witcher film, Nightmare of the Wolf follows a brash monster hunter whose investigation leads to a pivotal moment in the timeline of the show’s dark fantasy world.

The movie is animated by the same studio responsible for hit shows The Legend of Korra, Voltron: Legendary Defender, and Kipo and the Age of Wonderbeasts, so it’s no surprise how beautiful it looks, but unlike those kid-friendly series, Nightmare of the Wolf is a brutal, bloody adventure aimed at the same audience as The Witcher.

This movie, Gerald’s Game follows married couple Jessie (Carla Gugino) and Gerald Burlingame (Bruce Greenwood), who head off to a remote lake house in the hopes of rekindling their relationship. Gerald wants to spice up their evening with some bondage, but after handcuffing Jessie to the bed, he dies of a heart attack.

The movie is about Fei Fei (Cathy Ang), grieving the loss of her mother, clings to a legend about a moon goddess named Chang’e.

Much to the dismay of her father and his new family, the girl aims to prove that the goddess does indeed exist. To do so, she started work on a rocket that will take her to the moon to prove Chang’e’s existence.

Iron Fists and Kung Fu Kicks is an interesting movie to watch. You don’t have to be a kung fu film fan to enjoy this documentary on the wild, fascinating history of the genre, but you probably will be by the time it’s over.

However, it features plenty of archival footage and interviews with a long list of legends from behind the camera and in front of it, this film charts the origins and evolutions of kung fu films and the filmmakers and stars that made it one of the most popular — and influential — film genres in both the U.S. and abroad.

Kiss Bang writer and director Shane Black works his action-comedy magic once again in this 1977-set film that casts Ryan Gosling as a down-on-his-luck private investigator and Russell Crowe as a hard-nosed enforcer who breaks legs for money.

In this dark but family-friendly horror feature, a young boy with an affinity for writing scary stories finds himself stuck in a magical apartment owned by a powerful witch (Krysten Ritter) and must inform her a new story every night if he wants to survive. Come for the mild scares, stay for the beautiful fantasy elements in this unique film.

The film is about A pair of teenage students at an elite private school — one the former queen of the campus and the other a shy new girl — team up to take down their respective bullies in this dark comedy starring Maya Hawke and Camila Mendes.

This movie, Mank was written by the late Jack Fincher, the director’s father, and features amazing performances from its rich ensemble cast. It’s a great watch for cinephiles and casual viewers alike, with a dazzling and authentic take on La La Land’s heyday.

If Beale Street Could Talk features KiKi Layne as a young woman desperately attempting to clear the name of her wrongly imprisoned partner before their child is born. Stephan James co-stars with Layne in the movie, which earned Regina King an Academy Award for her supporting performance, as well as a long list of other accolades for the feature.

The film is Adapted from the Anthony Burgess novel of the same name, Stanley Kubrick’s A Clockwork Orange is a severely visceral interpretation. It stars Malcolm McDowell as the charmingly violent Alex.

It’s about a day in the life of the rebellious youth patrolling the dystopic streets of England with his thugs, the gang commits crime after horrible crime together … until Alex gets caught. He was  Imprisoned for two years, Alex agrees to undergo experimental aversion therapy, a psychological reformatting that causes the boy to recoil at the sights of sex and violence, as well as the music of Beethoven, compositions once inspirational to Alex.

What is the top 10 movies on Netflix now?

The 10 most popular movies on Netflix right now

What is the most viewed Netflix Series 2022?

Stranger Things- As of October 2022, the most popular English-language Netflix TV show of all time was the fourth season of American science-fiction series called “Stranger Things,” based on number of hours viewed in the show’s first 28 days on the platform. It counted over 1.3 billion hours viewed.

What is the most trending movie in 2022?