You probably might have been hearing of a Japanese anime show. Do you even know what they are? What if I tell you that you might have come across or even watched some of these shows without you knowing? It’s very much possible.

Do you want to know why it is possible? Here is an example for you. I remember the first time I came across the name Japanese anime shows. I never knew what it meant. The only idea I had about the name is that it was a TV show and it is Japanese. 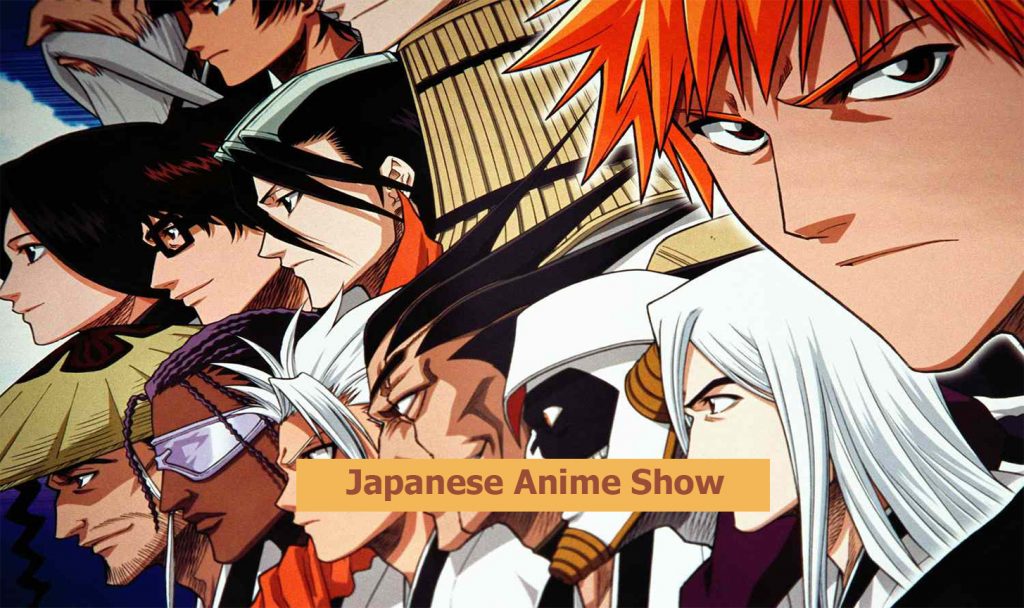 I mean there is no one person that has not seen an anime show. Both the old and young watch these shows considering that one can easily decide that it is meant for kids. Well if you have seen one of these anime shows then you should know what I mean.

Anime shows have been around for quite some time but it was until the 1980’s that animes began to gain popularity and attention outside of Japan. Popular video games have been produced and people are even getting to know most of the genres served in this industry up close and personal. Just in case you still don’t know what Japanese anime shows are, her is an example for you.

Have you watch or heard of the name Naruto and dragon ball? If you have heard of these names before, then you know what anime shows are or you have had a run-in with these shows before. To, therefore, take us further in this article, I will be naming some of the best Japanese shows ever created.

Time to get in on the main action of this article and do you know what that is? It’s time to get to know the best anime shows of all time and you should probably watch. The first on the list is;

This anime is the first on the list for so many reasons. If you are an anime fan, then you shouldn’t be surprised by this. Well to jump in on the act, here are some stats you need to know about it that you probably never knew. This anime show has been voted the number one or best anime series of all time by fans in Japan. Have you heard of the myanimelist website? Yes, that one you are thinking of right now.

This anime was ranked the number one most popular anime show and series there. Thus anime show is not like the regular anime show you are used to. This show is dark and the protagonist is the normal good guy you would think of like it is in other anime series. This show dares things other anime shows haven’t dared and this is enough reason for you to start watching it now.

Attack On Titan – Shingeki No Kyojin

Here is another mouthwatering anime series to watch. This show is voted the best action anime show by ranker. This show is a revolutionary anime show. You need to watch this show if you haven’t done so already. For a sneak-peek into this movie, here is what it is all about. The series is about a young man, eren jaeger who has vowed to destroy all the giant humanoid titans on the earth’s surface after they destroyed his hometown and killed his mother.

Now, this is one of the shows that will actually make you rethink your decision on branding anime shows as something for the kids. As an adult, this is where to start if you haven’t tried out any anime show just yet. This show is made up of 65 engaging episodes. The episodes will actually leave you craving for more.

Now here is one name you probably might have heard of, or even played as a video game. Naruto has risen to prominence since the first series was released. This anime series delves into the life and the adventures of Naruto Uzumaki.

Naruto Uzumaki is a young, very active, and loud ninja in the village of Hokage. His quest is to become the best and strongest ninja in his village and this is where the show officially kicks off from.

If you probably have heard of Naruto before, then it is all because of this very piece.  This anime series is ranked the third-best in the manga list history. It has sold over 25 million copies in over 35 countries worldwide. This story is written by Masashi Kishimoto.

The story is very much similar to that of Naruto Shippuden, but we all know that Naruto was the first of the Naruto series. The story is about a boy who aims to be the leader of his village. Looking to find his place in his village, he has to look for a way to overcome the huge demon Kyuubi sealed inside him during his birth.

Other Japanese anime shows you need to watch are;

These are the best Japanese anime shows of all time and that you need to watch right now if you haven’t already.

What is Japan’s most popular anime?

Currently, the most well-liked anime in Japan are:

Which is the top 1 anime series?

The top-ranked and most watched anime in Japan is:

Which anime is for adults?