Money heist is a television series established by Alex Pina and was a Spanish television series. This series is about a professor who re-enforces eight persons as a set of robbers to go into the royal mint of Spain. And they locked themselves inside as some of the hostages with the ruthless plan of running away with the sum of 984 million euros. 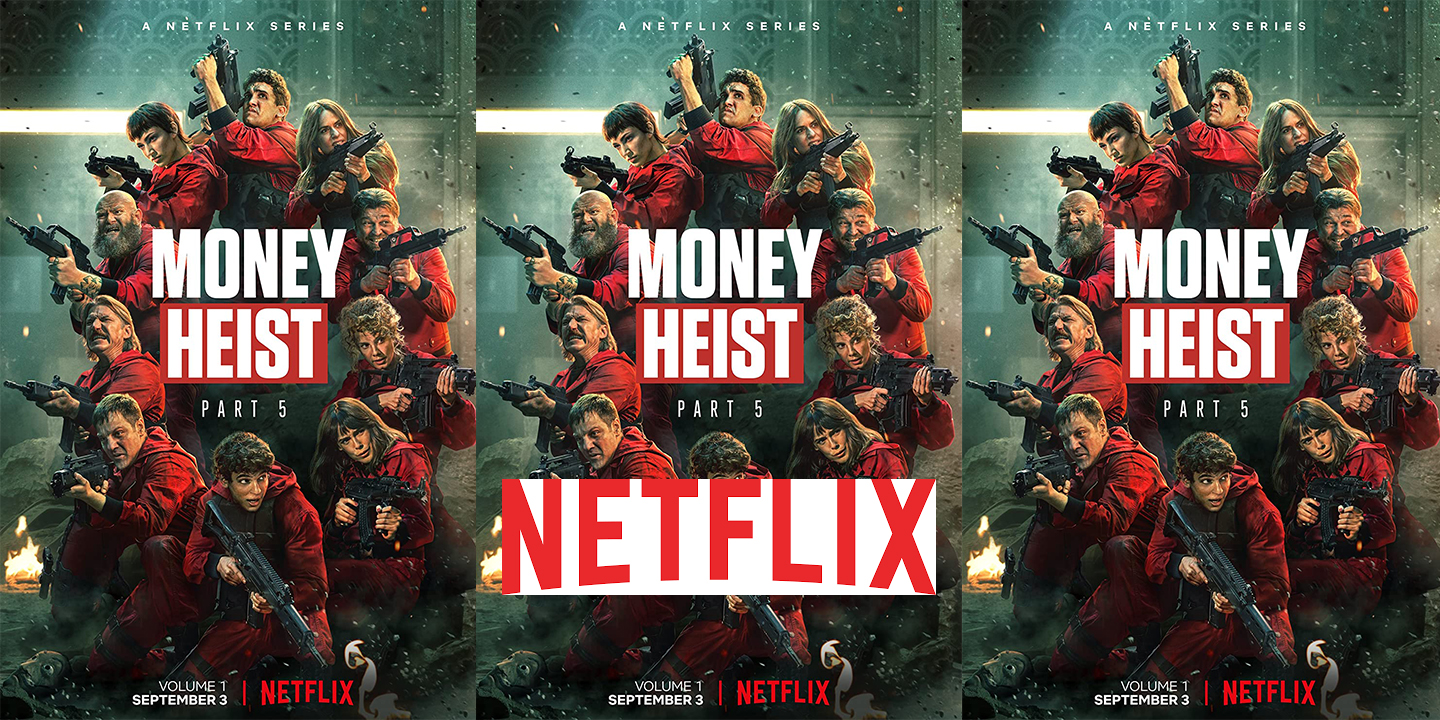 The robbers stayed in the mint and print out the money for eleven days and they battle with the police that guards the mint. The money heist first season contains two parts, it was released on Spanish network antenna 3, and was performed on 2017, May 2 for the first time.

Netflix re-brand the series for its fifth and its last part. That is going to release on 3 September, and 3 December 2021 fully as its fifth part and its final part. 36 episodes of money heist as been released since 3 September 2021 to complete the third season’s first half. awaiting the remaining rest of the show to be released on 3 December 2021.

Money Heist Season 1 to season 5 part has already been aired remaining the last part which is the Money Heist season 5 part 2, everyone is desperately waiting for it to be released also. As a streamer and you need to stream the rest season you can go to any of the streaming sites to watch especially on Netflix.

So many people have been waiting for when is going to be released. Will the professor finally succeed? Will he be caught by the police? Who among the heist is going to die again? Will the whole set of the robbers die or will they escape? Will Tokyo survive or not? Will Rafael finally include himself with the robbers? A lot of question is going up and down in most of our mind.

Season 5 part 2 will finally be released on Friday, 3 December 2021 worldwide on Netflix. Everyone should be alert not to forget the day when this great action money heist final part will be air. To everyone that has been streaming before get ready.

Will Tokyo survive among the robbers?

Tokyo has really done a lot for her crew just to keep them safe. She is very strong and she is the one who was to kill a lot of important force personnel even the almighty Gandia was also killed by Tokyo.

The fact is, it will be very difficult for someone to have more life after burying four grenades in the chest. A lot of streamers are hoping to see her again in the last season.

How many episodes will contain the money heist?

After the last part of money, heist is released, altogether there are 41 episodes on Netflix. The money heist last part will contain five episodes, and each episode will be timed up to 50-minutes.

Is the whole of the set of robbers die or escape?

Since the passing away of Tokyo and Nairobi, the gang has been suffering from devastation and facing a similar impact on their psyche. Even though some of the robbers are going to die, some of them are still expected to live. Although they stole the gold.

Rio is one of the heists that is expected to escape. The entire crew will try their best to set Rio free from police custody.

Did Rafael later join the crew?

Rafael is the only one that can help the professor and his crew out for them to escape. Rafael is cyber security and he still enjoys stealing the money, as we can see professor is going to enlist Rafael to their heist.

Here are some of the worries a lot of people are having in their hearts. Remember this day and not to forget Friday, 3 December 2021.