Playrix is a Russian game platform. Its also known as Playrix Entertainment and Games. The company creates free-to-play mobile games like Homescapes, Fisdom. 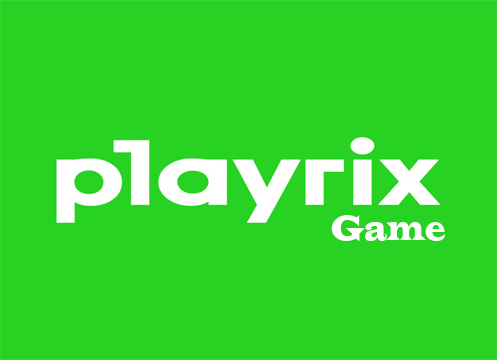 It was created by Dmitry Bukhman and Igor Bukhman in the year 2004 in Vologda, Russia. Playrix headquarters is located in Dublin, the company has over 2,500 workers in its team around the world. If you’re an online game lover, you must have known or heard about Playrix and its games. Playrix games are fun-filled and very exciting for young folks. Young folks will love playing such games lets see more about Playrix.

By history, Playrix developers Igor and Dmitry Bukhman began creating their first game in 2001 using a Pentium 100 processor computer. In the same year, they release the game “Discovera”. The price of Discovera was at $15 and uploaded it to two hundred app catalogs. The game gave them $60 in its first month, six months later, the Bukhman brothers released their second game and released the third game in another six months.

In 2004, the brothers increased their game production to three and about 30 screensavers and these gave them a $10,00 earning in a month. The brothers then founded Playrix and got an office in Vologda and began hiring employees. They released about 15 casual games and their revenue leaped to $300,000.

By 2009, Playrix began showing interest in creating mobile games free-to-play games while still developing games for PC. This dream happened in 2013 when the company launched its first mobile game on Facebook called ‘Township’. This game was the first game to be released for iOS and later on Android. In 2013, the company moves to Dublin.

The company has risen from nothing to ranked among strong game developer elites. From generating its first revenue of $60 from its first game to the net worth of $3.9 billion each. https://en.wikipedia.org/wiki/playrix#cite_note-bloomberg2020-1

From 2018 the company re-considered selling their company and later decided to invest in other video game companies. In 2018, Playrix invested in Nexters, the largest European developer. In the same 2018, Playrix rose to the N0. 9th highest-grossing game publisher in iOS and Android globally according to App Annie blog https://wwwappannie.com/en/insights/app-annie-news/top-52-app-publishers-2018/

In 2019, The company generated $1.7 billion approximately and invested in buying shares in the European game studio. By August they invested in Vizor Games the Belarusian company, Zagrava Games from a Ukrainian company, acquired the Serbian Company Eipix Entertainment, and integrated Alawar Games from a Russian game developer.

During the COVID-19 pandemic, It experience an increase in its game download and profits. Due to the increase the company paid each of its employees an additional one-off payment of $650 as financial support.

Playrix games Gardenscapes and Fishdom were downloaded by about 190 million and 120 million times respectively. This shoots the earning of the company from downloads and in-game purchases increased to 1.75 billion in eight months. Playrix monthly active players increased to 180 million.

Playrix games are fun-filled and exciting games to play with your PC, mobile or online. Here are the List of Some games on the platform:

Playrix games are games that users can enjoy at leisure