Top 10 Virtual Reality Companies in USA – Discover the leading Virtual Reality(VR) firms in the United States with their core services and ratings by reading this article till the end. With this write-up, you can choose the best VR company that suits your requirements and needs. 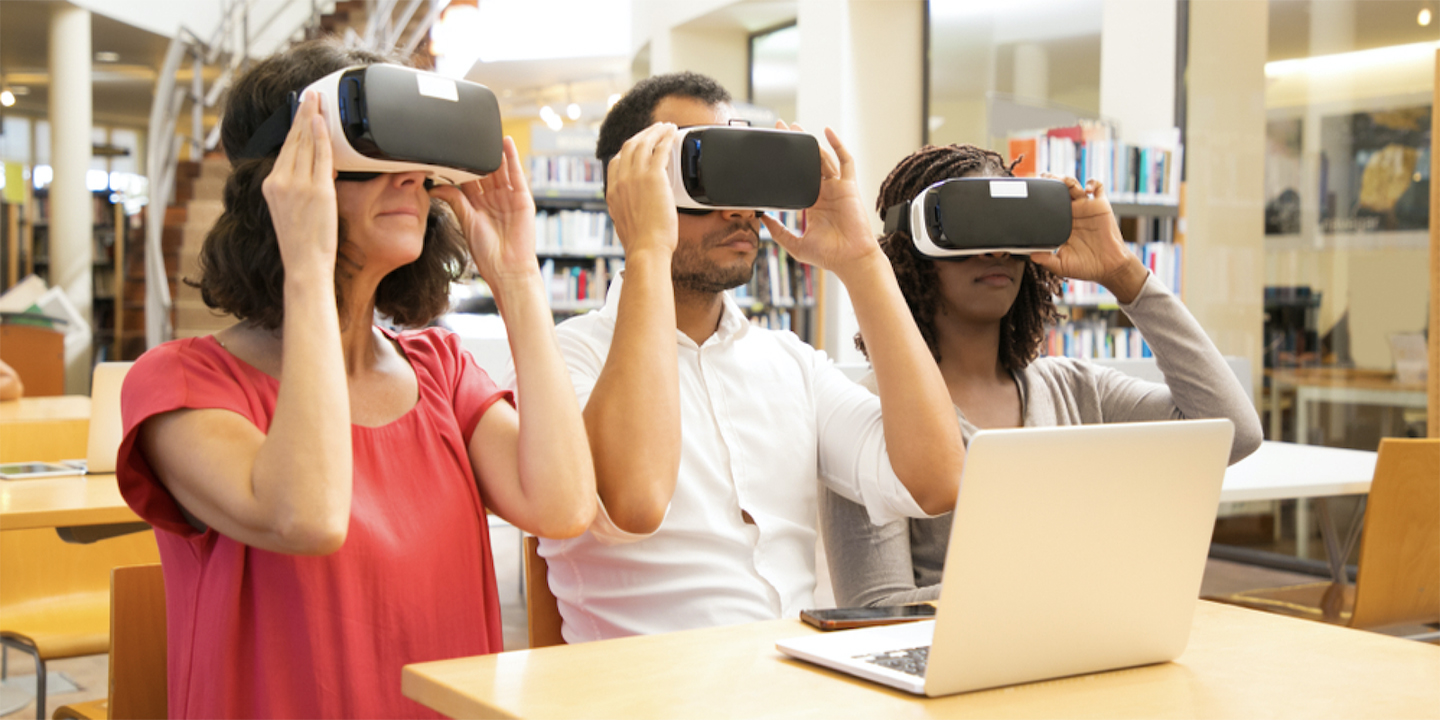 In the world today, virtual reality companies are gathering pace in the industry despite being a relatively new field for them. Most of the time, the industry favours those invested highly in other technologies like gaming, the Internet, and computing.

Here is the list of the best VR companies in the US.

The NineHertz is an acclaimed virtual reality development firm that offers the market’s most popular VR app development solutions, from mobile to games, to all-in-one VR systems. It is an ISO-certified company and has excelled in providing the best VR app development services globally. The company was founded in 2008, with offices in the USA, UK, Australia, and UAE, and a development centre in India. Moreover, its VR app developers have provided robust and reliable applications.

They also offer other IT services such as IoT, AR, PWA, and Machine Learning development leveraging different platforms, including Android, iOS, cross-platform, and many more.

The HQSoftware firm specialises in building robust Virtual Reality solutions of any complexity, from mobile apps to all-in-one platforms. The company’s experts make use of numerous technologies, including motion and eye-tracking technologies, AI, and ML, to create an immersive experience for a variety of business purposes. However, it also focuses on high-quality VR content, thoroughly designing every scene and creating detailed 3D models.

iTechArt Group is a top-tier software development firm that enables businesses to reshape their solutions by implementing augmented and immersive experiences. However, by involving AI, IoT, blockchain, and other robust technologies, iTechArt’s teams create solid sector-specific AR and VR solutions.

Oculus is probably best known as the first developer of the modern VR headset. Facebook bought the firm for $2 billion in 2016, but it still runs as a separate VR company on Facebook. The company was founded in 2014.

HTC has launched the first institutional-grade VR headset, the HTC Vive Pro, and two other versions of the Pro Eye, after the original first professional HTC Vive headset, released in 2017. The company was founded in 1997.

Microsoft is best known for computing, IoT, and networking. But nowadays, it is known for AR projects such as the Windows HoloLens and Windows Holographic development platform. The company is also one of the biggest VR companies in the world today, founded in 1975.

Unity is popularly known as a game engine that lets people develop games and gaming assets. And probably the company with the largest and most partnerships with VR companies compared to even the biggest VR companies.

However, most of the VR and 3D content being used has gone through the Unity platform. And their game engine is now compatible with VR, letting users develop 3D and VR content for a wide range of headsets.

VironIT Company deals in mobile, web-based, and business software applications, including support, maintenance, and integration of software systems. It also deals with IoT, robotics, and blockchain development. The company uses a variety of platforms for its development work, such as Android, Unity, iOS, Java, Node.JS, HTC Vive, Windows Holographic, Python, and others.

Alphabet, Google’s parent company, is involved in almost every aspect of technology, including search engines, AI, VR, AR, networking, computers, IoT, drones, space projects, smartphones, and so on. However, it is one of the biggest VR companies today.

Not only that, the company specialises in motion and gesture digital experiences, projection mapping to turn spaces into virtual 3D surfaces; 3D animations; and multi-touch surfaces such as holographic. In addition, it deals with VR and AR experiences.

What is the best brand for virtual reality?

The Best VR Headsets of 2022 are as follows:

Who is Oculus’ biggest competitor?

What are the four key elements of virtual reality?

What are the three types of virtual reality?

There are 3 primary categories of virtual reality simulations: non-immersive, semi-immersive, and fully immersive.

What is the difference between AR and VR?