Top Discovery Channel Shows. Discovery Channel (known as the discovery channel from 1985 to 1995, and often referred to as simply Discovery) is an American multinational pay television network and flagship channel owned by Discovery, Inc, a publicly-traded company run by CEO David Zaslav. As of June 2012, the discovery channel was the third most widely distributed subscription channel in the United States behind TBS and the weather channel. 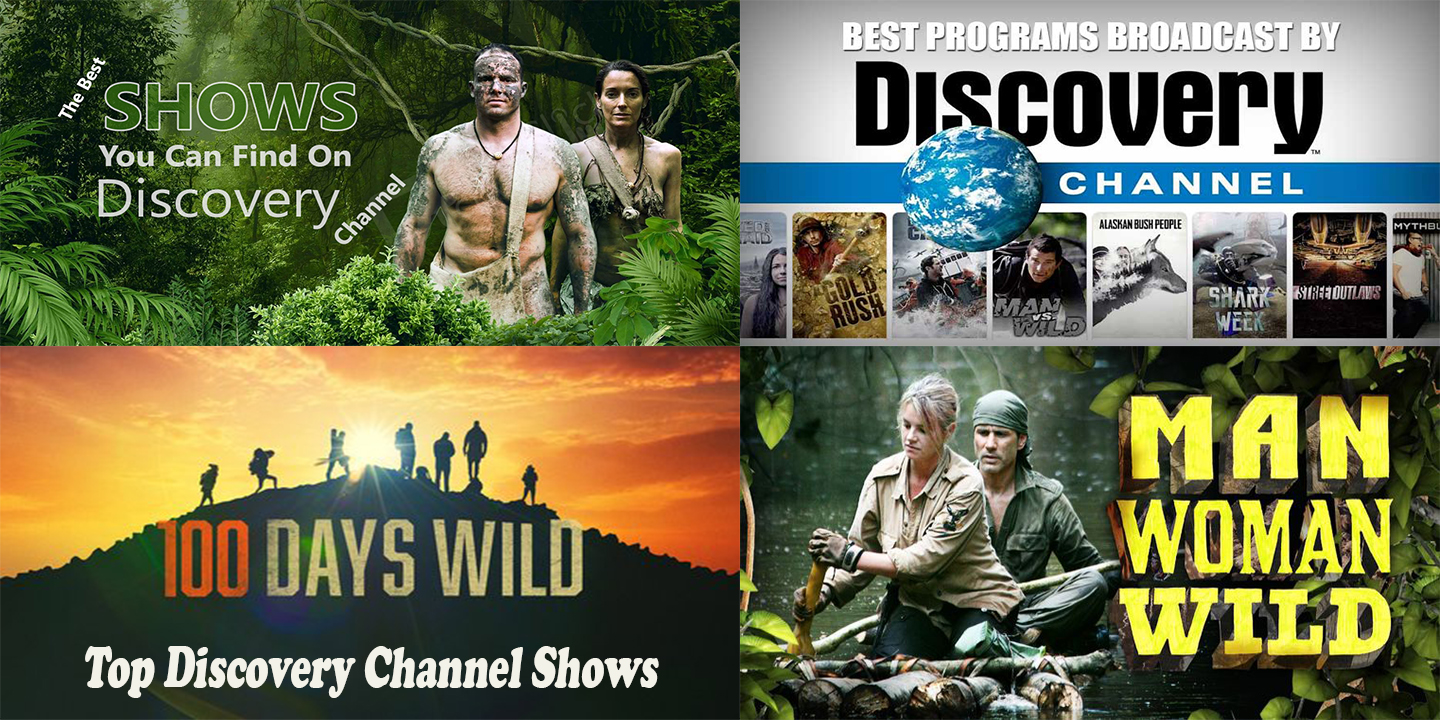 It is available in millions of households worldwide, through its U.S. flagship channel and its various owned or licensed television channels internationally. It initially provided documentary television programming focused primarily on popular science, technology, and history, but by the 2010s had expanded into reality television and pseudo-scientific entertainment.

below we will be listing out some of the top best discovery shows so, all you have to do is read this article carefully.

Gold Rush is a reality TV that follows a crew mining the gold placer deposits of the Yukon territory. The Dakota Boys put together a team of intrepid divers, mountaineers, and bush mechanics to go where no miner has ever managed to explore – depths of freezing plunge pools in white water that have only recently become accessible.

In the era of fake news, what better way is there to discern what is real and what is just a theory than ‘MythBusters?’ hosts and producers Adam Savage and Jamie Hyneman continue to entice us with their debunking of urban legends on everything from the Titanic to what can be done with duct tape.

A group of amateur survivors is put to the ultimate test in the wild for 40 days with nothing but a few primitive tools. No food, no clothing, no water, they must hunt and gather whatever they need until extraction day. The sad truth is that ‘Naked and Afraid XL’ simply doesn’t raise the stakes much higher than those of its progenitor.

True conviction explores the real-life stories of how homicides are solved on the street and won in the courtroom. Host Anna-Sigga Nicolazzi is a decorated Brooklyn prosecutor who never lost a murder case, now she’s going across the country to reveal how the nation’s top prosecutors tackled their toughest cases, taking you inside the fight for justice.

One would think that a show with such a title would have as much quality as it has flare. However, ‘Fast N’ Loud’ managers to just be obnoxious. Richard Rawlings and his Dallas-based garage crew seek out old, run-down cars and restore them to make a profit. The vehicles aren’t as sleek as you might think, however.

‘Shark Week’ first premiered on Discovery Channel in 1988 since then, it has managed to provide quality entertainment and teach viewers crazy cool facts about sharks, from tiger sharks to Hammerhead sharks. One can only expect that this year’s edition will air during the summertime, as it usually does. Bring on the jaws.

Each season of the show follows a different group of dredgers, those who search for gold in shallow waters, at the bottom of the sea, or even in the ocean. They often collect paydirt, ground from the seabed that contains some precious ore.

Centres on the Kilcher family and their community outside Homer, Alaska. Begun by patriarch yule Kilcher who immigrated from Europe during WWII, and is currently led by his sons, Otto and Atz Kilcher (singer jewel’s father) the family has lived have on their land for four generations. The show also features the homesteaders who live nearby and interact with the Kilcher.

Reality television is ultimately meant to serve as a distraction from real life and make viewers laugh, feel afraid or in some cases even put their own issues and insecurities into perspective. Above are some of the best discovery channel shows you can watch in the comfort of your home.